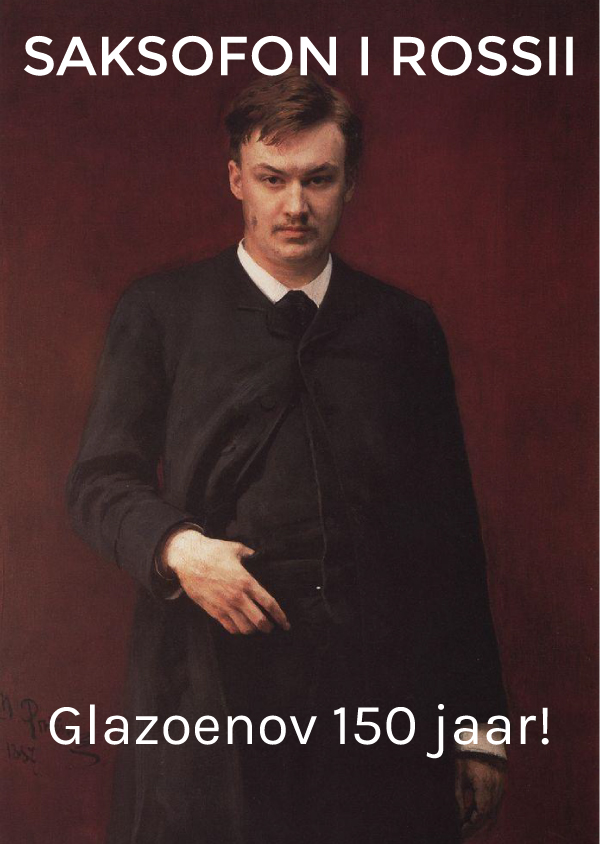 Syrène Saxophone Quartet is throwing a Russian themed party to celebrate the saxophone. Including the beautiful late romantic music of Sergei Rachmaninoff, – one of the first Russian composers to use the saxophone in his symphonic compositions-, and a hidden gem by female composer Elena Firsova.
Alexander Glazunov composed his ‘Canzona Variée’ like it was a string quartet after being struck by the saxophone quartet during his stay in Paris. Syrène will now give her own interpretation of this masterpiece of the saxophone literature.

The grand finale is Modest Mussorgsky’s ‘Pictures at an Exhibition’. This piece is best known in the orchestration by Maurice Ravel, in which Ravel used the alto saxophone. In Syrènes own transcription of Mussorgsky’s masterpiece all recourses will be used by using eight saxophones!

Saksofon I Rossii can be seen as a toast to Glazunov’s 150th birthday. He was one of the leading Russian composers really to embrace the saxophone. NAZDROVJE!